New – If you ever wanted to writer and become an author, write for us and we’ll add you to the ASOG Writers Group. If you’re interested, review the original announcement: Write for Us – Airborne Sensor Operators Group

Darrin Guilbeau: Darrin has over 13 years of experience in aviation, sensor operations and training. His skills and expertise span across both manned and unmanned aircraft Sensor Operations & Aerial Surveying with over 3,000 flight hours.

Most recently, he is an Airborne Sensor Operator with Leidos and Aerial Survey Pilot with Sol Aerial Surveys LLC. Before working at Leidos, Darrin worked for KEYW Corporation and Silicon Advantage, Inc as an ASO and Senior Manager.

Other noteworthy professional experience includes volunteering for Civil Air Patrol and holding many critical aircrew, instructor, and leadership positions. Currently, Darrin is an Aircrew & Aerospace Education Officer, inspiring and instilling an appreciation for and an understanding of aerospace as it relates to science, technology, engineering and math for CAP members and the general public. Plus, as Public Affairs Officer, enhancing public awareness and building brand credibility for CAP and its members, including media outreach, press releases and support and leadership for special events. 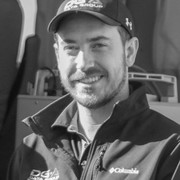 Jackson Beebe: Jackson is a geospatial analyst and sUAS pilot with 4 years of experience and is currently working for Dewberry in Tampa, Florida. He is currently a graduate student and received his Bachelor’s in geography from Florida State University along with a certificate in emergency management and homeland security.

Jackson was introduced to the geospatial industry when he started working as an ASO in 2017. He’s acquired over 1000 flight hours from CONUS and OCONUS deployments and has experience with flight planning, LiDAR calibration, photogrammetry and producing derivative products from airborne data.

Siegfried Albrecht: Siegfried brings over 30 years of experience in the design, manufacturing, and marketing of EW/ECM equipment. His skills and expertise span across Sophisticated Jammer Systems, EW/ECM Equipment and Systems, and High Security Ciphering Equipment.

Since 1980, he founded and is the CEO of ALBRECHT Telecommunication GmbH located near the town of Zug, Switzerland. Before starting his company, Siegfried obtained an Elektronic-Ingenieur degree and served in the German Air Force (ATC and Reconnaissance) on the German Eastern border. 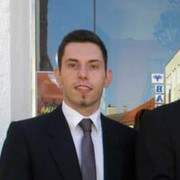 Bernhard Eckhardt: Bernhard brings over 10 years of experience, education, and certification in professional language instruction. His skills and expertise span across specialized industry language training to technical document translations. Additionally, he’s been a passionate aviation enthusiast regarding all aspects of the language and human factors associated with the aviation sector.

Most recently, he is the founder and Chief Executive Officer of Eckhardt Linguistics e.U. Additionally, as an avid entrepreneur, Bernhard’s business efforts expand across real estate and luxury services in Europe and North America.

Most recently, he is a Sensor Operator with Leidos supporting US Army C4ISR requirements. Before working at Leidos, Darryl has worked for VeriDass, Consolidated Resource Imaging llc, and Aeroptic llc as a Sensor Operator and Analyst.

Gary Micklethwaite: Gary joined the Canadian Army in 1978 right out of high school and spent six years in the infantry. Realizing that the Army is a young man's sport, he moved laterally to the Air Force as an Airborne Electronic Sensor Operator (AES Op) and spent the next 30 years flying around in 5 different airframes. He has over 5000 flying hours operating all of the electronic sensors in the RCAF inventory and along the way also happened to be able to instruct at three different schools and complete the obligatory staff tours.

It was while employed in a staff position that his love for unmanned vehicles came out. IT was the A3 Ops sensor operator at 1 Canadian Air Division HQ, where he was able to complete a tour of Afghanistan as the unit Sgt-Maj and a payload operator for the Heron UAV detachment.

After retiring from the RCAF in 2014, he took up the basic retirement jobs of golfer and helper around the house but soon became bored with it. He was hired as the head of operators at Qinetiq Target Systems Canada on their CAF UAS program and is employed both as an Air Vehicle Operator and a Payload Operator on the Skeldar V-200 rotary-wing UAV.

His most recent military assignment was as an Information Operations (IO) Officer for the 3rd Marine Expeditionary Force in Okinawa, Japan, where he served on joint operational planning teams as the representative responsible for integrating information-related capabilities into the overall battle plan. He has worked alongside IO counterparts from the armed forces of South Korea, Thailand, Japan, and the Philippines in partnership-building military exercises and contingency operation planning.

Prior to his experience as an IO officer, Roderic served as a Platoon Commander in a communications unit, where he managed teams responsible for providing communications to expeditionary command posts, and tactical employment of radio, satellite, and IP-based networks for theater-level exercises.

Upon leaving active duty in 2019, Roderic moved to the Denver area to attend an FAA Part 61 flight school, and is currently earning his flight instructor certification while pursuing education and professional experience in airborne sensors.

Wayne Dahlke: Wayne brings over 30 years of experience in test and evaluation, special operations, aviation, and training development. His skills and expertise span the spectrum from commanding airborne missions to hunt and kill terrorists as an AC-130W Fire Control Officer, testing and evaluating new sensors, systems and software, and developing and leading teams of subject matter experts to deliver focused training on how to be a better aircrew member.

Most recently, he is a Test Engineer for the US Army, working the world of digital Fire Control and Intelligence Surveillance and Reconnaissance.

Before re-entering the test and evaluation arena, Wayne was Leidos' Training Development Team Lead for the Airborne Reconnaissance Low - Enhanced (ARL-E) program, a modular sensor platform, based on the DHC-8 platform, for the Army. ARL-E combines long loiter time with state-of-the-art sensor packages to enable the field commanders' access to the most current enemy information.

Other noteworthy professional experiences include the standup up of two different mission aircraft, the MC-130W and the AC-130W for Air Force Special Operations Command (AFSOC), and developing the baseline Airborne Sensor Operator training package for the Enhanced Medium Altitude Reconnaissance and Surveillance System (EMARSS).

Most recently, he is the founder and CEO of G2Consulting, focusing on consultancy and marketing services in the field of EO/IR operations.

Before becoming a senior consultant, Gareth was the Chairman of the Police Aviation Conference (PAvCon) and consulted for numerous leading aerospace firms like L-3 Wescam, AGS, and BMS regarding product management of overt and covert sensors, simulators and datalinks for civil, police and defense customers.

Other noteworthy professional experiences include Space Operations Manager for the European Space Operations Centre (ESOC) and the German Space Operations Centre (DLR). Some of Gareth’s significant accomplishments as a Space Operations Manager include standup of the initial INMARSAT communication system, led the recruitment and training of the ROSAT satellite pre and post-launch team, and successfully commanded 17 launch and orbital missions. According to Gareth, he was one of the youngest members to join the European satellite program. He worked his way through all operational aspects of mission ops in the ESOC, offline systems at 22, Main Control Room and Satellite Control at 26, and then onto satellites at 30 finishing as an ops manager at the DLR.

Before becoming a managing director, freelance writer, and consultant, he served as the Director of European, Middle East, and Africa Operations at R4 Incorporated and led operations for aerial C4ISR projects in Africa for EG&G, a leading government services company.

Besides obtaining numerous flight ratings, he received his B.S. from California State University Fresno and an M.A. from the University of Oklahoma.